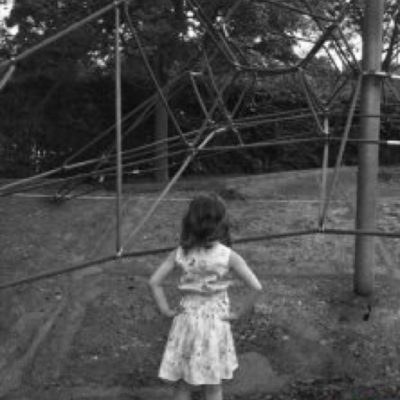 The development of Impact Absorbing Safety Surfacing for children’s playgrounds over time has gradually reduced the number of impromptu visits to A&E for many parents. Are we allowing our children enough freedom to take risks and gain rewards as they play?

According to eminent psychologists and some parents, allowing children to play and make errors of judgment as they do so, is all part of the growing-up process. To indulge in rough and tumble, alone, or in groups, allows them to problem-solve and relationship-build in environments that broaden their life skills.

“children love to play in risky ways—ways that combine the joy of freedom with just the right measure of fear to produce the exhilarating blend known as thrill” Peter Gray Ph.D.

The catalogue of broken bones, twisted joints and long-term cranial injuries can scarcely be described as tolerable, despite evidence to suggest that young bones fracture and heal with surprising ease. We no longer live in the 1940s, when playground surfaces were either grass or concrete. According to RoSPA (The Royal Society for the Prevention of Accidents) over 40,000 injuries occur to children on old-style playgrounds annually.

While it is fair to suggest that we cannot be on guard at all times and that accidents will happen, when adventure and discovery are guiding a child’s natural sense of direction, it is equally fair to suggest that wrapping them in cotton-wool might turn them ‘soft’ and never stretch their imaginations. Such is the conflict faced by the parent of today, where even the age-old and much-beloved practice of ‘playing conkers’ demands padded gloves and eye-protectors…mostly to avoid 3rd-party insurance claims.

“Over the past 60 years we have witnessed, in our culture, a continuous, gradual, but ultimately dramatic decline in children’s opportunities to play freely, without adult control, and especially in their opportunities to play in risky ways. Over the same 60 years we have also witnessed a continuous, gradual, but ultimately dramatic increase in all sorts of childhood mental disorders, especially emotional disorders” Psyhcology Today

Changing the way they play

Times have changed. The prospect of ill-judged gymnastics in the local park resulting in costly long-term medical care have been reduced, with the arrival of impact absorbing safety surfacing. While woodchip and even turf possess some absorption and rebound qualities, the concept of tailoring surface thickness to suit critical fall height and surface area to suit fall zone in-situ, has resulted in a sea-change in safety terms and hopefully the parent’s approach to their child’s play.

The construction of wet-pour safety surfaces for playgrounds, where play equipment is in place, will in most cases consist of a base layer of FlooraBounce recycled truck tyre rubber granules, that is installed at varying thickness according to the potential fall height from play equipment. The base layer provides the surface with the impact absorbing properties required to avoid serious injury. The base layer is then encapsulated with a robust wearing layer of FlooraBright EPDM rubber granules, available in a range of colours to help stimulate and educate children at play.

The granules are bound together using Dow VORAMER™Polyurethane Binder, which ensures the granules are kept in place, to provide the surface protection where it is needed the most. The climbing-frames, spinning wheels, swings, space-ships, castles, rocking-horses and hoops can be used knowing there is a secure platform in place, to add greater interest and intrigue.

The same FlooraBounce range of surfacing materials can also be used in the construction of many sports surfaces, such as athletics tracks, synthetic hockey pitches and multi-use games areas.

In post-2012 Olympic Britain, where healthier living and strenuous exercise are components of a ‘Be Inspired’ ethos, the old drudge of labouring sweatily around an antiquated cinder running-track is alleviated by a more technologically advanced surface that aids record-breaking lap times, rather than being an obstacle to them. Such surfaces also react better with modern sports footwear, are less demanding and do not denigrate the value of exercise one tiny bit.

Synthetic sports surfaces also provide a viable, low maintenance, all-weather (a vital consideration for the UK climate), facility for field sports and multi-use games areas. The fact that a rainbow array of colours are available for a wide range of sporting applications, means that mums, dads and adults can enjoy some of the broader benefits of a cushioned surface, with the same levels of impact absorption and slip resistance that can be enjoyed by our children.

The story has been educational in more ways than might seem obvious and Trade Partners International, a Dow Chemical Company approved distributor for VORAMER™ Polyurethane Binder, is a one-stop supplier of high quality rubber granules and associated products to sports and play surfacing trade. With a wealth of healthier options for all of us, from immature adventurers to ardent sports-fans the injury rate has dropped by over 90%* in playgrounds alone.