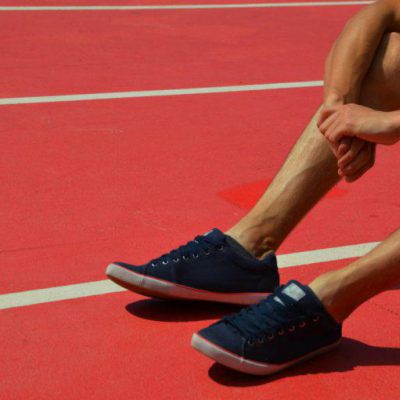 Sport is colourful in every sense of the word. Have you ever wondered why some things in different sports are or aren’t a certain colour? Wonder no more…

Red is the most popular colour for athletics running tracks as it is the most UV stable, therefore it won’t react and fade in the sunlight which allows the surface to stay of a higher standard for longer. Green and particularly blue are also popular colours for athletics tracks, as these are also less prone to wearing and fading. The 2016 Olympics in Rio were incidentally the first games to have a blue athletics track.

Is the water in swimming pools actually blue, or does it just appear to be blue? It is of course actually see-through like all water – when you shower after a swim you don’t see blue water streaming out of your hair, do you? Apart from the bizarre incident at Rio 2016 where the pools turned green either because of algae, a change in alkalinity or a shortage of water-cleaning chemicals, pool water will always appear blue because of how light and water interact. Dr Paul Coxon, from Cambridge University, says

“You notice the blue effect when you have a large volume of water because of the way molecules are slightly absorbing light from the red end of the spectrum. Light is made up of red, green and blue, the whole spectrum, and we usually see them merged together. By taking out the red it means that the light that gets reflected from the water is slightly blue.”

Grass is green, so grass replacements should be green. Simple. It’s interesting that artificial pitches are banned in the football league, yet international matches can be played on them.

The idea behind the brightly coloured, exuberant goalkeeper shirts, most recently adopted by Wycombe Wanderers, is apparently down to science rather than a ploy to get fans to purchase replicas. They apparently ‘enlarge the presence of the ‘keeper in the goal’ and will distract players as they look to score. Whatever happened to the classic green goalkeeper kits?

The tradition of wearing whites at Wimbledon dates all the way back to the 1800s. The sight of sweat spots through coloured clothing was thought inappropriate, and ‘tennis whites’ became an institution. Coloured undergarments are not allowed, cream or ‘off-white’ clothes are forbidden, and there can only be a single trim of colour no wider than a centimetre. In 2013, tennis legend Roger Federer wore orange-soled trainers for one game, and was told he’d need to change them for the next match as they broke the clothing laws. The other grand slams – the American, Australian and French Opens – have no such rules.

The winter months are well and truly on the way, which means it’s time to change the balls in football. Ever noticed the ball changes colour around this time? The shiny white ball is exchanged for a yellow/orange coloured one to make it easier to see for players, spectators and officials, as seasonal conditions such as fog or snow could make it more difficult to see a white ball.

One thing symbolic of the Olympics is the medals athletes receive for finishing in the top three positions. In case you weren’t aware, first place receives a gold medal, second gets silver and third earns bronze. But why? Why do these colours match up to these rankings? Well, it’s all rather scientific, so let’s try and keep it simple. Elements are arranged on the periodic table with lighter and more abundant elements toward the top and heavier, rarer elements toward the bottom. The three metals used in Olympic medals are located in the same column of the periodic table. Bearing in mind that bronze is made up of mostly copper, copper is at the top of the column, so it is the least rare – third place. Silver is one level down, rarer than copper – second place. Finally, gold is one step below silver on the column, so it is the rarest of the three – first place. In reality, none of the medals are less common than any of the others because there is one for each event, but the logic is down to the actual element of gold being the most rare, and therefore more valuable.

So, there you have it, colour in sport on National Colour awareness day – we are happy with our range of colours used in a plethora of ways. If you are looking for small or large orders for domestic or commercial use, see our Floorabounce range here or contact us for more information.